The Devil’s Punch Bowl is an ancient forest just behind my human grandparents’ garden in Surrey, South England.

I have explored this forest many times during my visits and I love going there…I’d spend all day every day in there if I could! 🙂

‘Local legend has it that the Devil lived at the ‘Devil’s Jumps’, three small hills near to Churt. He would often torment Thor, the God of Thunder, who lived at nearby Thor’s Lie (Thursley), by jumping from hill to hill. Thor would try to strike the Devil with thunder and lightning and once the Devil retaliated by scooping a handful of earth and hurling it at Thor. The depression that remained is the Devil’s Punch Bowl.  It is thought that it became known as a ‘Punch Bowl’ from the way the mist lies in the bowl and appears to flow over the rim as if it were boiling over.’

In France, my human does not like going into the forests at all during the winter hunting season.  We prefer to enjoy the nearby empty beaches and parks until the hunting season is over.

We were very lucky to catch a glimpse of: 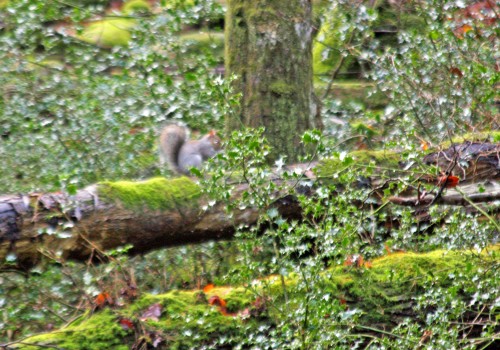 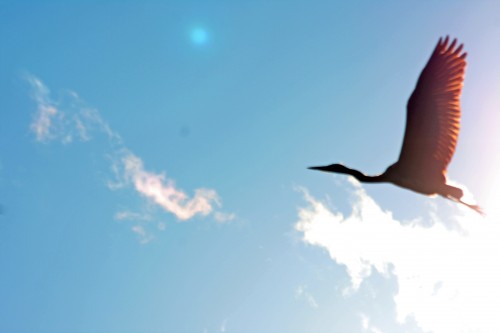 On the way back, my human kept feeling someone was watching us… 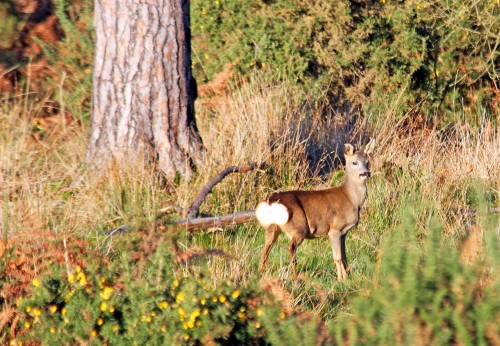 By the time I arrived at the spot where Bambi was standing….

Hello - I'm Zola! I'm a Rhodesian Ridgeback Girl with my own Dog Blog! For the first three years of my life, I lived on the French Riviera. Now I have moved and am enjoying the lush green forests and country life in England. Welcome to a big dog's life!
View all posts by bigdogzola →
This entry was posted in Dog Fun, Dog holidays, Dog Walks, Rhodesian Ridgeback and tagged Devil's Punch Bowl, forest walk, Rhodesian Ridgeback. Bookmark the permalink.