We are due to drive to England for the holidays, so there are no Christmas decorations at home in France this year.  Feeling very unfestive and not very christmasy at all, my human thought a Santa Sunrise on the beach would bring us out of our ‘humbug’ mood and into the warm spirit and feeling of Christmas. 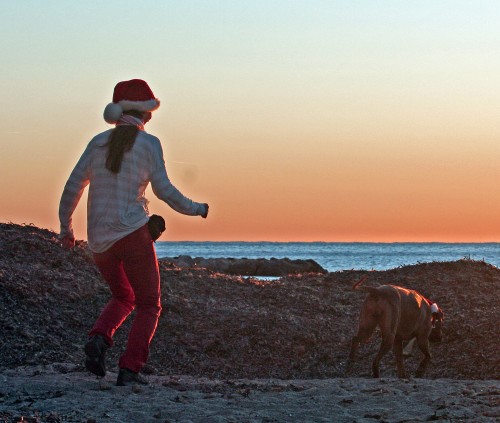 My human as a Beach Santa! 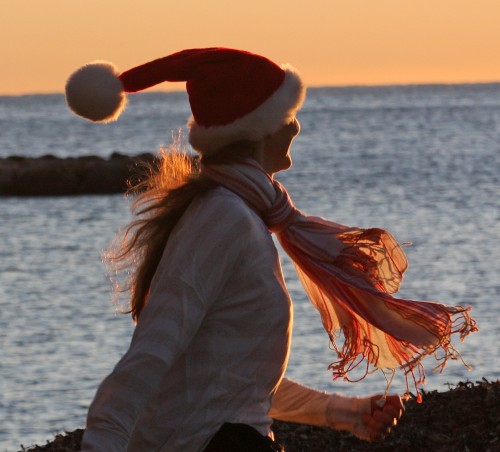 Other than one fisherman who just smiled and waved at us, we were alone on the beach.  So, we enjoyed a little festive jig about on the seaweed trampoline! 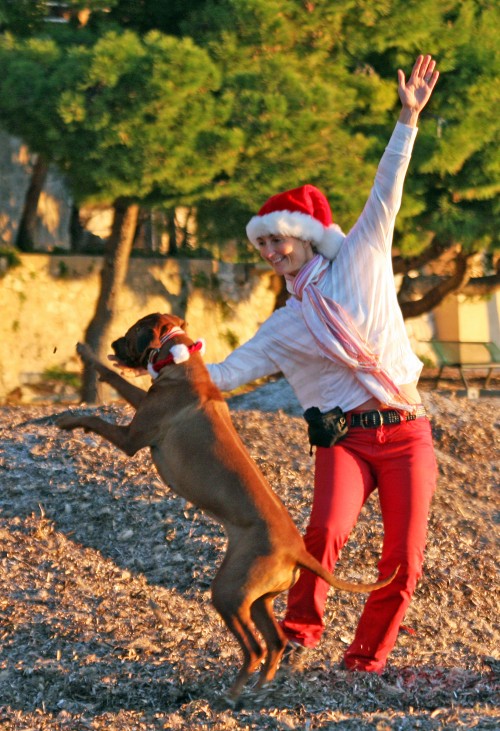 Toffee’s human gave me a very cool super soft santa collar, so I didn’t have to wear a Santa hat…phew! 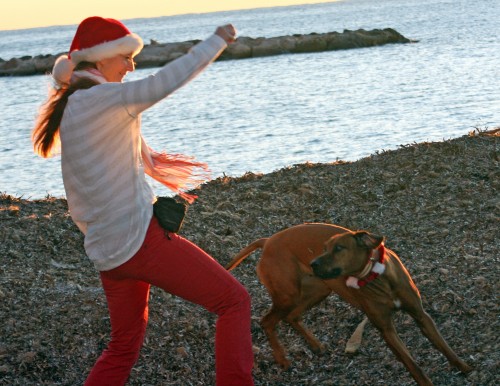 A little later, I couldn’t quite believe my eyes!

In fact, I had to stand and stare as my girlfriend black labrador/ german shepherd Ezey arrived on the beach….with more human Santas! 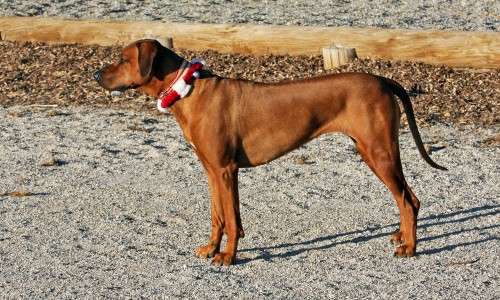 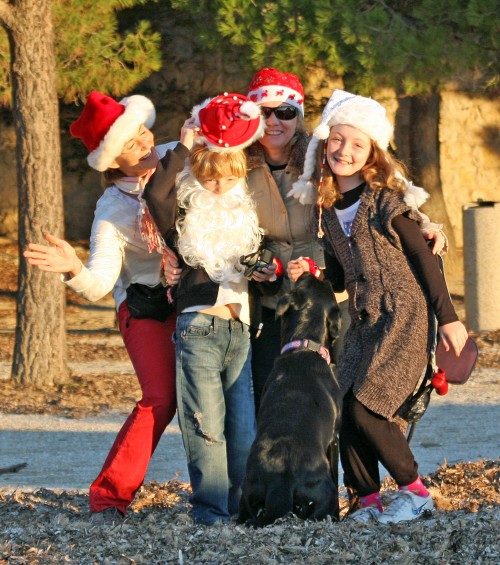 Errrr..No thanks!  I’m not so keen to join these very strange Santa humans! 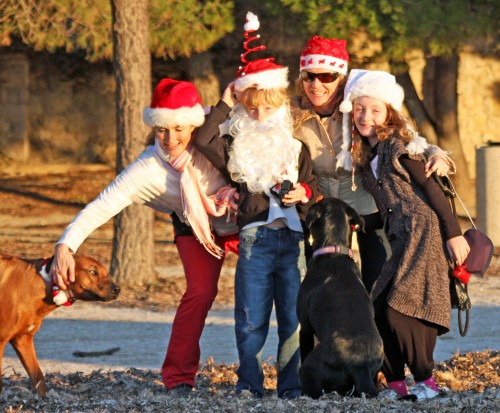 Then it was mince pie time!

My human followed this yummy modern mince pie recipe …these pies kept all the Santas smiling and munching quietly!

This meant Ezey and I could have an extra long play and run around.

Time for Christmas cracker pulling and sharing the awful jokes in them!

I was looking out to sea and admiring the view, when I heard the human-pup Santas laughing in the background.  What were they up to?

Santas thought it would be fun for daredevil Ezey to go up the slide!??

Obviously, I supervised to ensure fairplay! 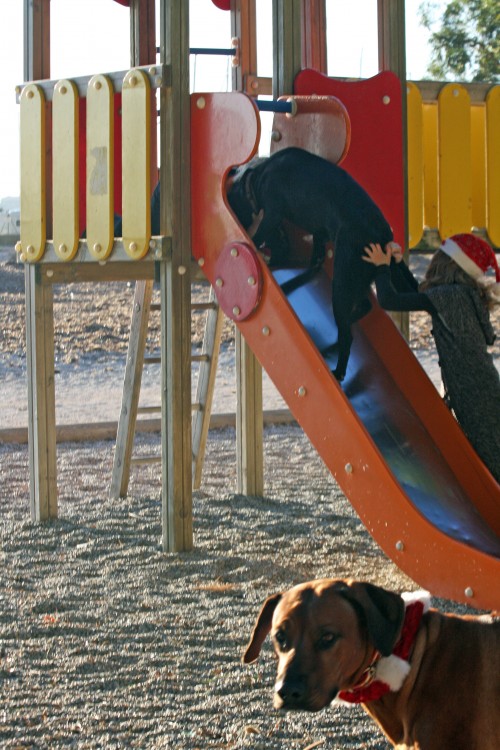 Now, I wonder how they are all going to get down?  Heehee!

Hello - I'm Zola! I'm a Rhodesian Ridgeback Girl with my own Dog Blog! For the first three years of my life, I lived on the French Riviera. Now I have moved and am enjoying the lush green forests and country life in England. Welcome to a big dog's life!
View all posts by bigdogzola →
This entry was posted in Dog friends, Dog Fun, Dog life in the South of France and tagged christmas, dogs playing on the beach, santa. Bookmark the permalink.