You can tell summer has ended, even the sun is getting up later and some days it’s not even bothering…humpf! 😦

It does mean though, that the beaches are now deserted and ready for us doggies to play on. 🙂

A few days ago we arrived very early morning on the beach. 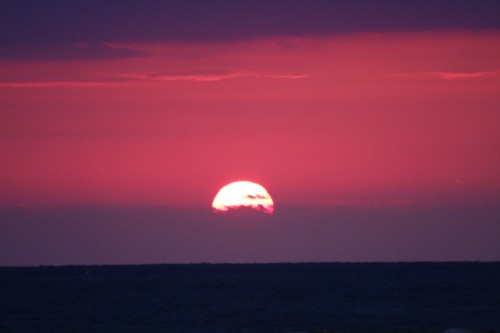 Vikki said there was someone waiting to surprise me!  Huh?  Oooooh..exciting! 🙂

Who is this doggie running towards me? 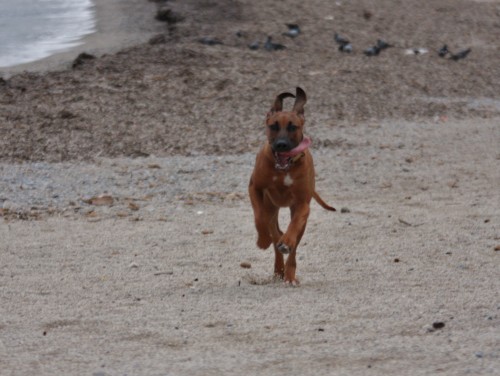 A new Ridgeback girlfriend!  Her name is Zozo! 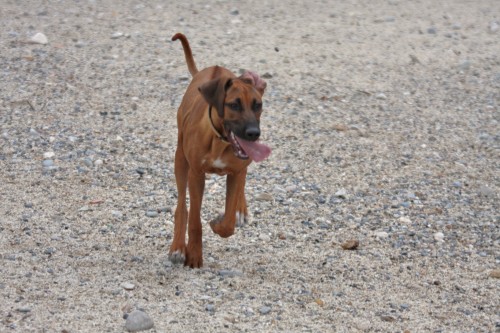 As the sun was waking up, I watched Zozo bouncing around me until she wore herself out!

Zozo should be called Zebedee from the ‘Magic Roundabout’ 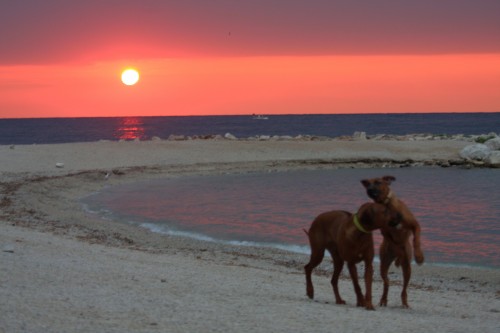 Zozo is younger than me and is yet to realise that she needs to pace herself when it comes to learning about her Ridgeback powers.  Every young doggie gets excited when they realise their own special magic gifts and want to practise them all the time!  Us Ridgebacks have flexibility and spring-action paw powers to jump high and long with precision landings.  It’s all thanks to our cat-like paws…well, I prefer to call them ‘lion-paws’! 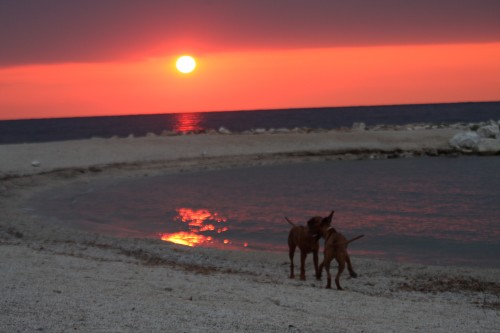 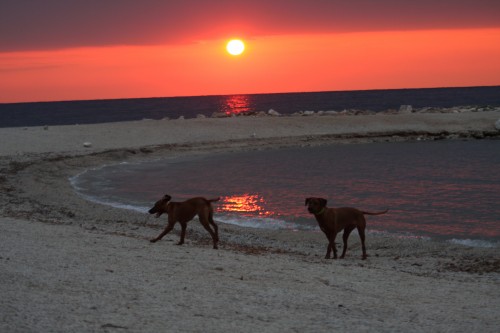 She stopped for a quiet moment with a very long tongue!  Phew!

As the morning got lighter, Zozo continued to try out new beach moves until it made me dizzy. 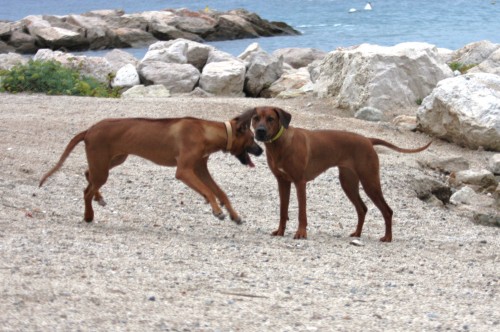 Looking forward to seeing the crazy girl again and it won’t be long before we start playing racing games.

I think Zozo will be taller than me in a few months…Yikes! 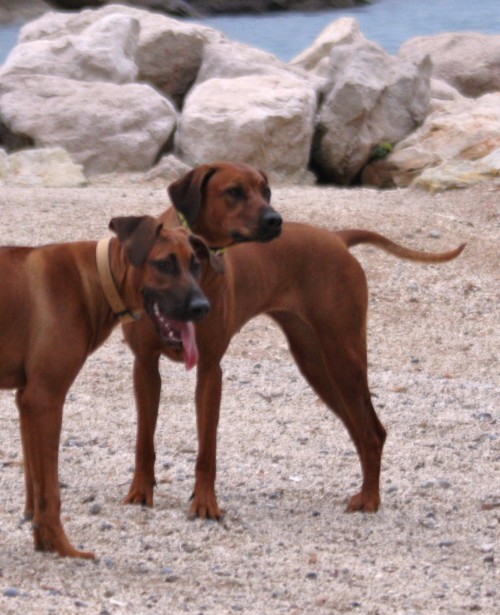 Hello - I'm Zola! I'm a Rhodesian Ridgeback Girl with my own Dog Blog! For the first three years of my life, I lived on the French Riviera. Now I have moved and am enjoying the lush green forests and country life in England. Welcome to a big dog's life!
View all posts by bigdogzola →
This entry was posted in Dog friends, Dog Fun, Dog life in the South of France, Rhodesian Ridgeback and tagged French Riviera, rhodesian ridgebacks. Bookmark the permalink.

8 Responses to Sunrise with Zozo