A visit to Holkham Bay & Bailey the chocolate Labrador

This area is one of Vikki’s very favourite places.

Since we are in England, she was very happy to take me there for a visit to see some good friends Chunx, Bex and Bailey the chocolate Labrador boy. 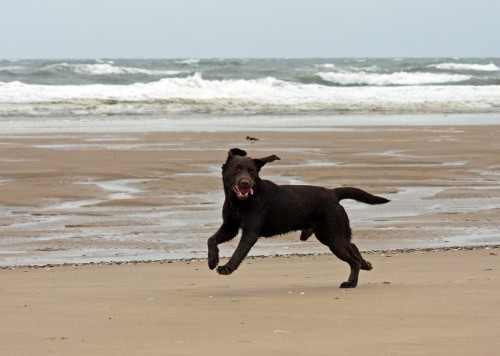 The roads leading up to the Norfolk coast kind of insist that you should make at least a one stop-over in the area..so we were very lucky to beable to overnight at their place.

We arrived late afternoon and I must say, chocolate Labrador Bailey is one lucky boy!  His humans own lots of land with exciting nooks and crannies which make up his own private doggie playground of forest, field and paddock!  The moment I jumped out of the car I was free to start outdoor sniff-investigations with colleague Bailey whilst our humans chatted away. 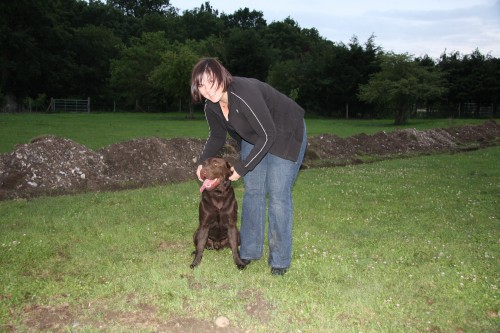 Wow…I could smell rabbits and squirrels everywhere…but I didn’t see any!

Time  goes so fast for us explorer dogs and we soon heard our names being called to come back in for dinner time…awwwwh…already!

Our humans were planning an early morning wake up to go to the beach, so after a final  rustle around the garden, we were both happy to get some sleepsies ready for our next day adventures.

One of the many beautiful dog friendly beaches on this coastline is Holkham Bay. 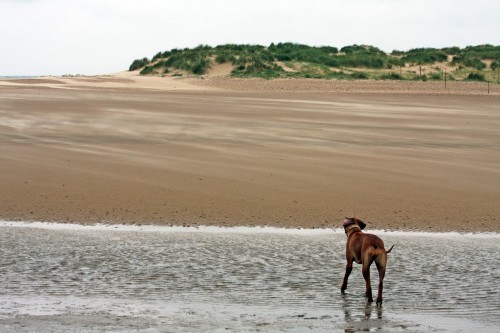 Holkham Bay is a vast open sandy 5km stretch of beach.  It’s one of those places that you either know about or don’t know about since due to Holkham’s location, it is unlikely you would accidentally find or fall upon it. 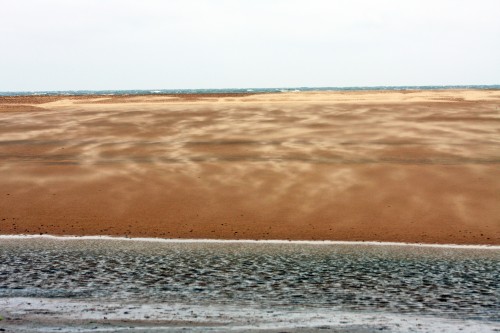 (Holkham Bay was featured in the closing scene from the film ‘Shakespeare in Love’ with Gwyneth Paltrow walking on the beach and also ‘The Eaglea has Landed’ 1976 film with Michael Caine, Donald Sutherland and Robert Duvall.)

The rain had not yet reached Holkham when we arrived.  Bailey and I loved the wide open dramatic beach.  The sand was five star luxury doggie running stuff beneath my paws…perfectly springy and firm with some give for speed turns…fabulous. 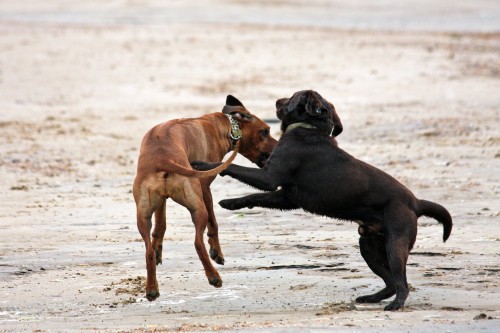 Bailey enjoyed bouncing and body-slamming me! 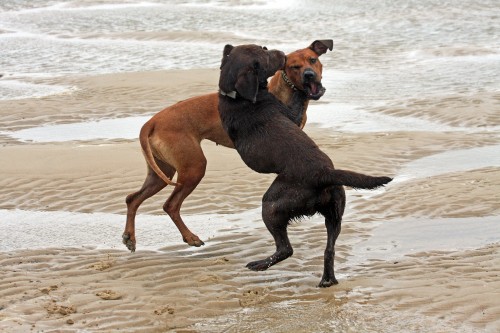 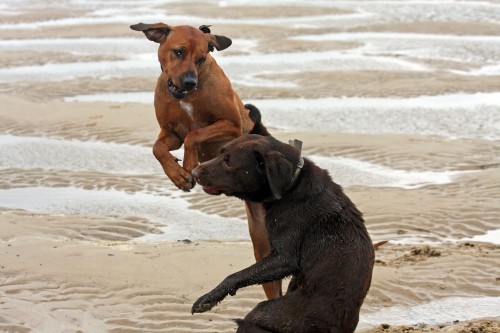 It was very windy so my ears kept lifting up all the time. 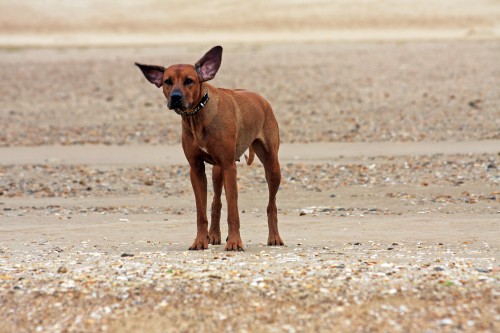 The wind was even lifting a thin layer of sand of some parts of the beach which made it look like the beach was moving all the time…spooky shadows on the sand!

The beach just went on and on..it was vast.  It went on much further than my zoom lens Ridgeback eyes could see.  I felt I could run forever and the sensation of space was just amazing & liberating for us two doggies…so much space we didn’t know where to start!   That morning the beach was backed by a huge hypnotic horizon of heavy silver grey clouds that canopied over us.

Our humans were making funny sounds like ‘brrrrrrr’ – I think they felt the wind too! 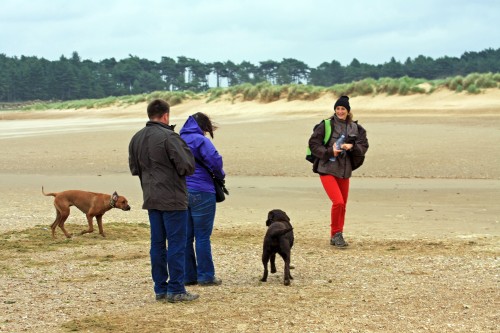 Thank you Chunx, Bex and my pal Bailey for such a great morning…until next time! 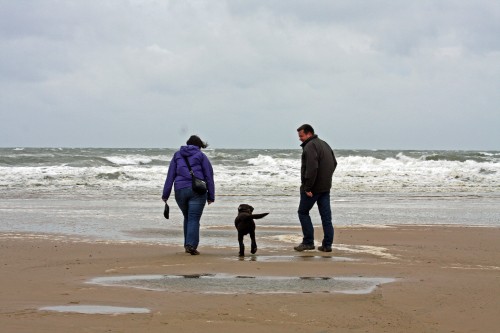 Here’s a video of our super morning;

North Norfolk is a great English holiday destination full of dog friendly places to visit.  I loved it!

Hello - I'm Zola! I'm a Rhodesian Ridgeback Girl with my own Dog Blog! For the first three years of my life, I lived on the French Riviera. Now I have moved and am enjoying the lush green forests and country life in England. Welcome to a big dog's life!
View all posts by bigdogzola →
This entry was posted in Dog friends, Dog Fun, Dog holidays, Dog Walks and tagged dogs on the beach, Holkham Bay, Rhodesian Ridgeback. Bookmark the permalink.