I’m enjoying a holiday with Vikki at my human Grandparents’ home in England and I had such a great surprise when Ridgeback boy Kali came over with his humans Kevin and Vikki (he’s got a Vikki human too!) 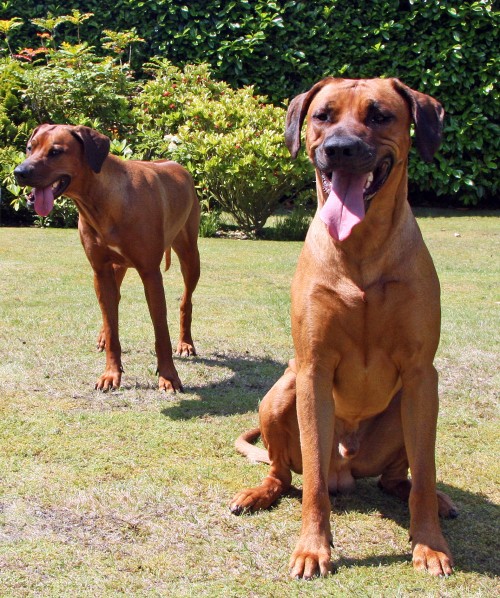 I was missing my doggie friends in France, so I was super happy to see Kali and I couldn’t wait to show off all my nifty running and leaping skills.

Aha! fooled ya – other way!

What about this way – whheeeeee! 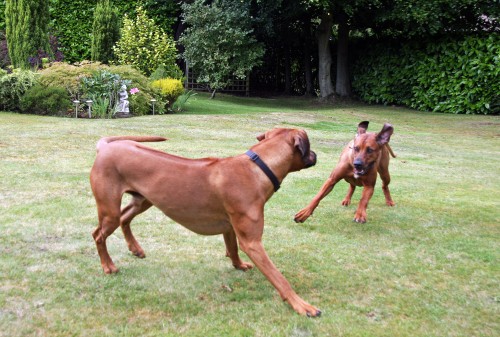 Kali is a year older than me and he is a very handsome Ridgeback boy.  I soon realised that not only could he keep up with me on every turn and trick but he was also a lot stronger and bigger…Uh-oh!…Nah! I could handle it!  Kali is such a fun-loving, cool guy who has a lot of respect for us Ridgeback girls.

I’m very polite to him too and I show him my excellent Ridgeback manners, that way I can still have some cheeky fun play.  Anyway, he doesn’t mind that much when I zoom past him ….neeeeeeyauuuu!

Before I knew it, we were racing Ridgeback zoomies around the garden… 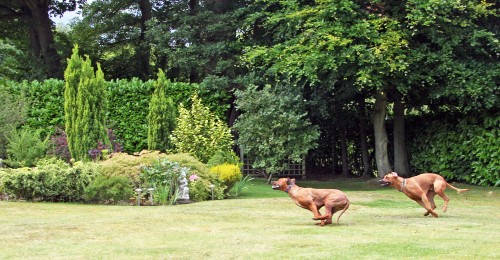 As for the jumping challenge…

He patiently watched me do my solo: 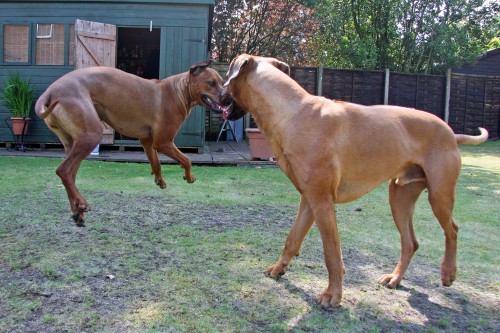 Then he showed me his version!: 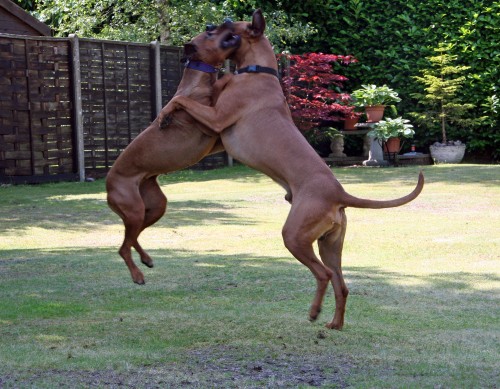 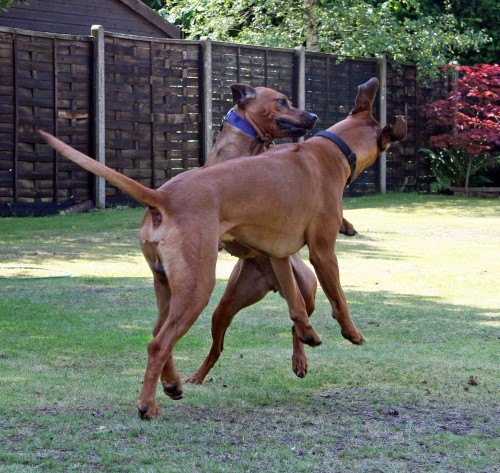 After garden play, we headed to the forest for a walk.  There were lots of pine cones on the ground and Kali loved chasing the ones that his humans kicked!  I didn’t understand what he found so exciting about that!  Maybe it’s a ‘boy’ thing?

It was great to see you Kali..thanks for hanging out with me!

Hello - I'm Zola! I'm a Rhodesian Ridgeback Girl with my own Dog Blog! For the first three years of my life, I lived on the French Riviera. Now I have moved and am enjoying the lush green forests and country life in England. Welcome to a big dog's life!
View all posts by bigdogzola →
This entry was posted in Dog friends, Dog Fun, Rhodesian Ridgeback and tagged dog play dates, rhodesian ridgebacks. Bookmark the permalink.